Teamsters Canada is a labour organization with over 105,000 members. It is affiliated with the International Brotherhood of Teamsters, which has 1,500,000 members across North America. Teamsters Canada represents workers in many sectors including all areas of transport, retail, motion picture, brewery & soft drink, construction, dairy, and warehousing.

Teamsters Canada welcomes the opportunity to come before the Committee recognizing the need for of public consultation prior to the budget and the Committee’s important contribution to the process over the years.

Mr. Paul Martin’s victory and the change in leadership of the Liberal Party and the Government make this a difficult consultative process. We can only guess at what he may set as the priorities and direction of his administration. His public statements to date talk of continuing the debt and tax reduction policy of the current administration.

Teamsters Canada must wait until the policies or the new administration are announced before commenting on them. This submission will address items of more immediate and specific concern.

Transportation Industry
Teamsters Canada represents workers in all sectors of the transportation industry. Whether by truck, air, lakes or rail, Canada’s ability to trade will be impaired without much needed infrastructure improvements.

We Windsor truck tunnel project and other projects which improve access to inter-provincial and international markets. Access to the United States market cannot be curtailed by hours of waiting caused by inadequate facilities. All modes of transportation require infrastructure improvements.

Access to the United States should not be hampered due to security issues. Teamsters Canada is working with Transport Canada to encourage a standard security clearance for all modes of transport. And, we are also working with Minister Coderre on his biometric card proposals. We are also pursing the cross-border traffic issue in the United States through the International Brotherhood of Teamsters. We hope to find a solution to this problem that will be acceptable to both Governments.

The amount of the meal deduction for truckers will hopefully be addressed soon. The 50% cap on the deduction will remain. The United States appears to be pressing forward with increasing its 50% limit to 80% over the next few years. Given the integration and competitiveness of the market, we would recommend that Finance study this issue towards the goal of harmonizing the deduction so that Canadian truckers would receive the same deduction as their U.S counterparts.

It has been a difficult year for the airline industry. Teamsters Canada represents workers at Air Canada and JetsGo, as well as workers in associated service industries on and around airports. Though it is clear that air transportation will be available for large markets, it is not so clear that smaller markets will continue to receive adequate service. Air transportation is a needed precondition to attract business, workers and immigrants to more remote locations. The Government has acted to help the industry in a general way. But it has not yet moved to recognize the importance of and special needs of smaller markets.

The United States does subsidize smaller markets even though it has perhaps the most competitive market driven aviation industry in the world. The solution for Canadians in smaller markets cannot be ‘let them drive’. We recommend the Finance Committee examines this issue further toward supporting creative and innovative solutions that would work for smaller markets, the taxpayer, the industry and Canadians.

The tariff does not protect Canadian textile manufacturers when they cannot supply garment producers the fabric they need. It harms the garment industry and Peerless Clothing provides an example of the impact on the garment industry. Peerless is in the fashion industry. It must supply the product that retailers’ customers demand at a price point set by the market, domestic and import. It manufacturers 40,000 suits a week mostly for the U.S. export market making it the largest suit manufacturer in North America. Peerless employees 3,000 workers directly in its plants and many more are employed in ancillary occupations. Last year it paid more than $4 million on tariffs on imported fabrics.

The tariff artificially increases the costs to companies like Peerless reducing their ability to compete in the world market. Eliminating the tariff for the garment industry when the textile industry cannot supply the product they need would grow a solid export industry. It would be good for the taxpayer, companies and create jobs.

Film Industry
The Government’s support of Canada’s film industry in general appears to be working. The support has helped the industry grow, thrive and survive into its infancy. As it matures the levels of assistance and support will have to be reviewed to ensure it remains competitive.

The principle that provinces should not attract business through creating artificial tax advantages should also apply to the film industry. The decision to shoot a film on a location should be based upon the availability of skilled personal and the unique nature of a location. It should not be based upon differing provincial tax credits. The Government should take the lead in discussing with their provincial counterparts the need to harmonize the tax treatment of the industry country-wide.

Conclusion
The Government faced a crisis in the 1990’s and it responded. It was the decade for balanced budgets, debt and tax reductions. Cuts were made to social programs, and we recognize the Government’s reinvestments in those programs in recent years. Even with the changes our members, like many Canadians, are seeing the hope of university education for their children dashed with every tuition increase. We wait too long for needed medical attention. Not all unemployed workers receive benefits as they should.

Teamsters Canada understands the need for continued prudence, however, we strongly recommend in this decade Government addresses the social deficit with the same vigor as it addressed the fiscal deficit in the past. 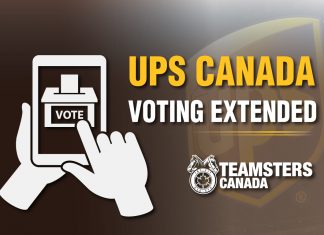