OTTAWA – In the first week following the disaster, Canadian labour has pledged more than one million dollars to help the victims of the massive tsunami that devastated large areas all around the Indian Ocean – focussing first and foremost on the need to bring relief as quickly as possible to the hardest hit communities.

“In times of great hardship the labour movement shows the meaning of solidarity and mobilizes to bring support to the workers, their families and their communities,” says Ken Georgetti, president of the Canadian Labour Congress.

“So far, without counting the generous and spontaneous contributions of individual unionized workers and their families, the Canadian Labour Congress and its affiliated unions have already pledged over one million dollars to the emergency relief effort.”

“The tsunami has also been devastating to the labour movement in all the affected South Asian coastal communities. After the emergency relief efforts to address the basic needs of clean water, food, shelter and medical supplies, the Canadian Labour Congress will focus, along with other international labour organizations, on the needs of workers and their families in the affected countries,” concludes Georgetti. 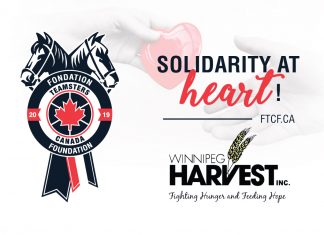 Outaouais School Board says no to Protective Partitions on School Buses

Teamsters Canada - May 25, 2020
Gate Gourmet Canada has cut off the medical benefits for most employees supporting the Pearson International Airport location. The Union representing these workers, who were laid off as a result of the COVID-19 pandemic, criticizes the Gate Gourmet for their decision and their lack of support for employees and their families during this difficult time.