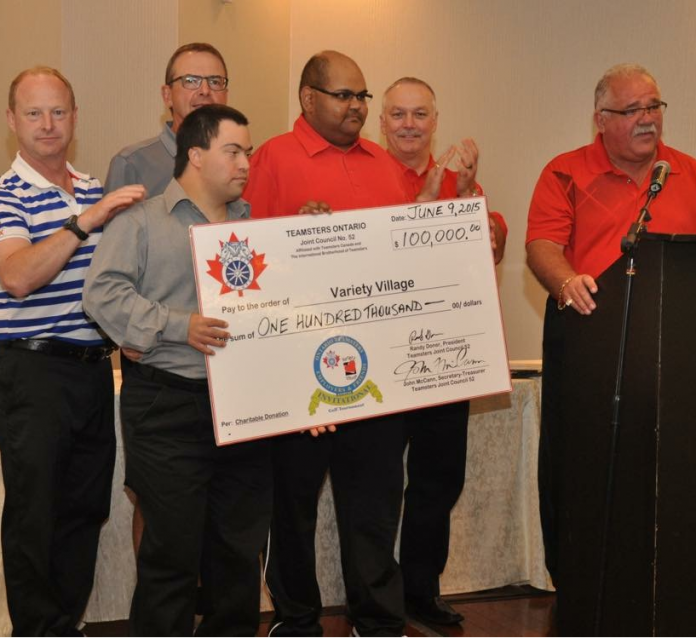 Toronto, June 11 2015 — Dozens of union representatives from Ontario and other provinces gathered to participate in the Teamsters Ontario Invitational (OTI), a golf tournament for the Variety children’s charity.

“Building up Canada starts with being involved in our communities,” said Randy Doner. “Being a Teamster is more than negotiating collective agreements and taking care of grievances. It’s also about lending a hand to those in need, especially children.”

Mr. Doner wishes to thank the team of volunteers, Teamsters representatives, friends and corporate sponsors who made this tournament another great success.

“Without them nothing is possible,” added the union leader. “We all share the same spirit because there is no greater gift than to help children.”

The Ontario Teamsters Invitational will be back next year! Check out TeamstersVarietyGolf.com for more information.