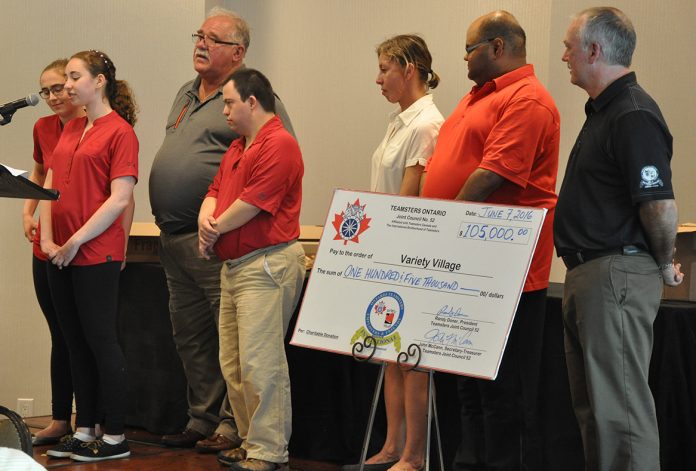 Teamsters in Ontario raised $105,000 for Variety Village, a children’s charity dedicated to making a profound difference across Ontario in the spirits and lives of young people with disabilities and their families.

“Well, once again the Teamsters did the job. I would like to thank all the Teamsters involved and the companies that sponsored this one-day event,” wrote Randy Doner, the President of Joint Council 52, in a Facebook post. “The feeling you get when you hand over a cheque for that amount is overwhelming.”

The money was raised during the annual Ontario Teamsters Invitational, a golf tournament attended by hundreds of people each year. Brother Doner would like to thank the volunteers, Teamsters representatives, friends and corporate sponsors who made this tournament another great success.

Being a Teamster is about more than negotiating collective agreements and taking care of grievances. It’s also about lending a hand to those in need and building up a better country.

Since 1989, Ontario Teamsters have donated over $1.6 million to help children facing overwhelming adversity to have the tools to achieve their dreams.

But it doesn’t stop there. Teamsters across Canada annually raise over $600,000 for various other causes. And in response to the Alberta wildfires, the Teamsters Union collected close to $146,000 to support the Red Cross and their excellent work.

“Being able to help like this is a privilege and an honour I take very seriously,” posted Brother Doner. “Thanks once again great job.”

The next Ontario Teamsters Invitational is set for June 5th & 6th, 2017. 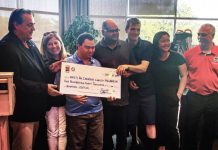 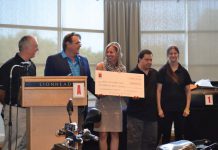 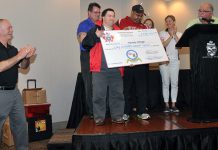