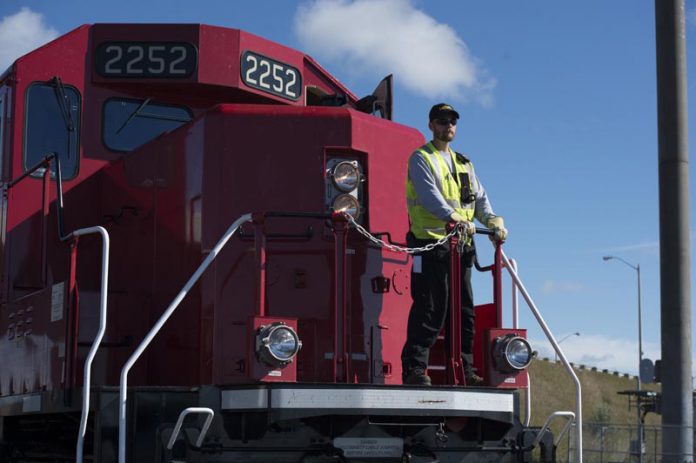 Ottawa, September 20, 2016 – Officers of the Teamsters Union have reacted strongly to some of the conclusions revealed yesterday by the Transportation Safety Board (TSB) with respect to locomotive voice and video recorders. The Teamsters Canada Rail Conference (TCRC) took part in the study and represents almost all workers who operate the trains throughout the country.

The report recommends that the TSB and rail companies be authorized to access the content of locomotive voice and video recorders. Although the Teamsters agree the TSB requires access to these recordings for the purpose of conducting investigations into railway accidents, it is categorically opposed to providing rail carriers with access to these same recordings.

“We disagree with the TSB’s interpretation of certain data, but I would nevertheless like to point out here that we have consistently maintained our position on this issue for several years now. We agree with the implementation and use of voice and video recorders, but the TSB must be the only body with authorized access to the recordings,” explains the president of the TCRC, Doug Finnson. “Rail carriers are not to be given access to the recordings because that would be an unprecedented and unparalleled intrusion into the workplace, one that is unnecessary, and would be tantamount to violating workers’ right to privacy.”

The TSB report acknowledges the serious workers’ rights issues raised by LVVRs, and recognizes the need to implement a balanced system with clear instructions on how recordings are to be used. However, Doug Finnson thinks that a culture of fear and intimidation will be the consequence of railway managers having unprecedented access to 24/7 electronic surveillance of workers.

It needs to be pointed out that, according to a report filed by the Advisory Council on Rail Safety last June 7, access to recordings by TSB had previously been mentioned in five accident investigations in a 25 year period. Taking the TSB authority to access recordings provided specifically to them under law and providing uninhibited access to rail management for daily intrusion, meaning thousands of times annually, is completely unparalleled and disproportionate to the real situation. The TSB original request is to install LVVR on locomotives and to provide the recordings to them for their investigations. Since then, industry has been trying to leverage the TSB and they are hoping to hit a home run in surveillance they have no legal right to obtain.

The measure put forth by the Transportation Safety Board could also result in significant additional demands on railway workers who are already pressured by long working hours and the inability in too many cases to refuse work even if they feel too tired to work safely. The TCRC has been advocating for a real fatigue management system within the rail industry, and emphasizes the need for fatigue risk management systems and processes based on current fatigue science.

Conclusion: There is no concrete proof demonstrating that allowing rail carriers to conduct continuous and intrusive surveillance of their workers contributes to improving the safety of the rail industry. However, the presence of a real fatigue management system within the rail industry, more railway inspectors mandated to verify the condition of the tracks and authorize tired workers to rest up are sustainable and effective solutions to improve rail safety and protect both the workers and Canadian public.

The Teamsters represents 120,000 members in Canada in all industries, including 12,000 in the rail industry. The International Brotherhood of Teamsters, with which Teamsters Canada is affiliated, has 1.4 million members in North America.