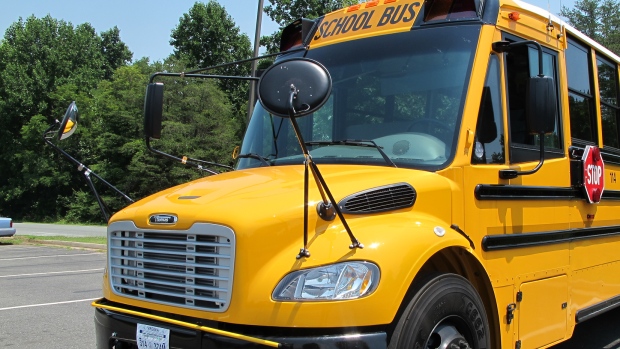 Laval, May 16, 2017 — School bus company Autobus La Prairie is cruelly closing its doors following what appear to be intimidation tactics against its employees, who belong to Teamsters Local Union 106. The Company also appears to be pressuring school boards to renegotiate agreements reached with them.

The result: some 29 workers will lose their job.

Autobus La Prairie Management met with the union recently, aiming to reopen the collective agreement a year earlier than expected and negotiate a five-year contract. After consulting with members, Teamsters Union Representative Sylvie Duval informed the company that workers did not wish to renegotiate the collective agreement before it expired, since they saw no advantage in doing so.

On the contrary: the employer wanted to renegotiate a number of clauses of the agreement to reduce working conditions. The only benefit proposed by the company was to maintain jobs.

Senior management at Autobus La Prairie then threatened to shut down the company if employees did not agree to reopen the collective agreement. They even sought to relinquish the 19 routes of the Marie-Victorin and Grande Seigneurie school boards.

In response to the Teamsters’ refusal to give in, the employer ultimately made good on its threat.

“We feel the employer is playing a game of chicken because it is unhappy with its contracts with the school boards,” explained the president of Local Union 106, Jean Chartrand. “I don’t think the school boards will fall for this ploy.”

This might also be an unfair labour tactic aimed at getting rid of the union and picking up the contract through other non-unionized companies that belong to the same owner.

“The workers of non-unionized companies do not enjoy the same conditions as those who belong to the Teamsters,” noted the union leader. “But it’s also a huge blow for our members, since they don’t earn high wages.”

Save the difficult labour relations and poor management of the collective agreement by the employer, Autobus La Prairie could be as profitable as other school bus companies. The company, which once belonged to the giant Transdev, was founded over 50 years ago as Autobus C. Monette et fils.

Autobus La Prairie busses students from the Marie-Victorin and Grande Seigneurie school boards on Montreal’s South Shore. On average, its drivers, who have belonged to the Teamsters since the ’90s, earn $18 to $19 an hour and work 22 to 25 hours a week. Many of them are retired or work part-time because they need extra money. For others, it is their main source of income. With an average annual salary of $22,000, these drivers are far from rich, which makes the company’s announcement all the more shocking.

The school boards demand that carriers guarantee labour peace, which means having a collective agreement of the same duration as their contract with the transport company.

Teamsters Québec represents some 1,000 members in the school transportation industry. The company will close its doors in June after decades in business.