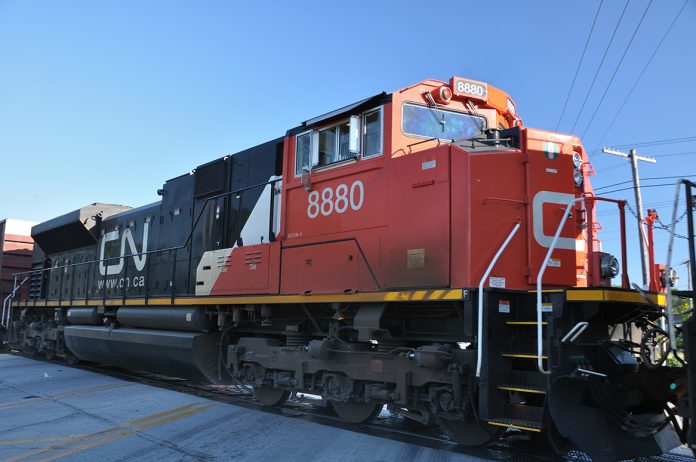 “The bargaining committee worked through the night with CN and federal mediators. We have reached a critical stage and are going to catch a few hours’ sleep before starting again this afternoon to hopefully come to an agreement in principle.”
— Roland Hackl, TCRC vice president and lead negotiator for the union

Montréal, May 28, 2017 — Canadian National Railway (CN) could attempt to provoke a strike on Tuesday, May 30 at 4:00 a.m. This comes after months of negotiations with some 3000 conductors, trainmen and yardmen represented by the Teamsters Canada Rail Conference (TCRC).

CN is seeking concessions — which they call “efficiencies” — from workers on a wide range of issues despite averaging $3 billion in annual profits since the last collective agreement. By provoking a strike that would ultimately be resolved through binding arbitration, the company may achieve gains that could not have otherwise been made by bargaining in good faith.

“We’re doing everything we can to avoid a strike, and Teamster members expect the same from management,” explained Roland Hackl, TCRC vice president and lead negotiator for the union. “The company will try to paint themselves as victims, when in reality, they’re likely to provoke a strike for the sole purpose of having an arbitrator possibly grant concessions.”

This weekend, the company served notice that it would unilaterally impose changes to the collective agreement that could permanently and irreparably impact workers. The union had no choice but to issue a strike notice in order to prevent this.

The union is committed to averting a labour dispute and reaching a fair deal that can be ratified by the membership. Talks with the company continue with the assistance of federal mediators.

“We’re concerned not only for our members’ well-being, but for shippers, consumers and the economy as well,” added Doug Finnson, President of the TCRC. 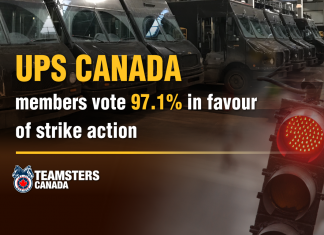