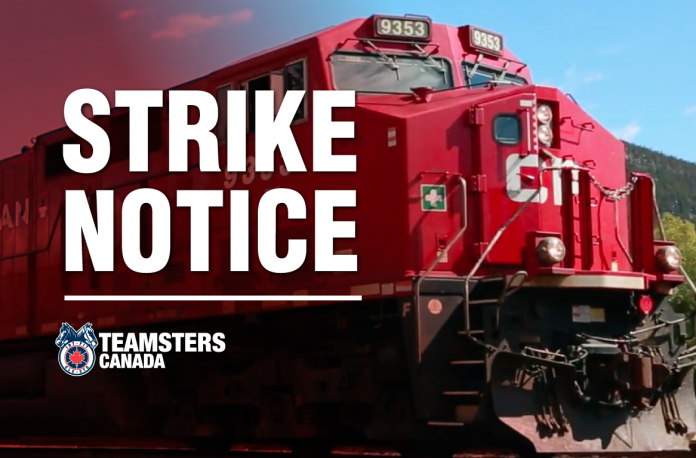 UPDATE: Commuter train services in Montreal (RTM), Toronto (Go & UP) and Vancouver (WCE) are operated by Bombardier Transportation, not Canadian Pacific. Teamster members who operate trains in those locations are Bombardier employees and would not go on strike.

The union hopes to reach a negotiated settlement that its members can ratify, and to move forward without a service disruption. Talks with the company will resume in the morning of Wednesday, April 18.

In the event that parties are unable to reach a negotiated settlement, over 3000 conductors and locomotive engineers will exercise their legal right to strike on Saturday, April 21 at 0:01 a.m. ET.

Systematically bullying workers, while pushing them to work well beyond their point of exhaustion, is part of the reason why workers at CP have been forced to risk strike action for the third time in six years. Background on the current negotiations can be found here: