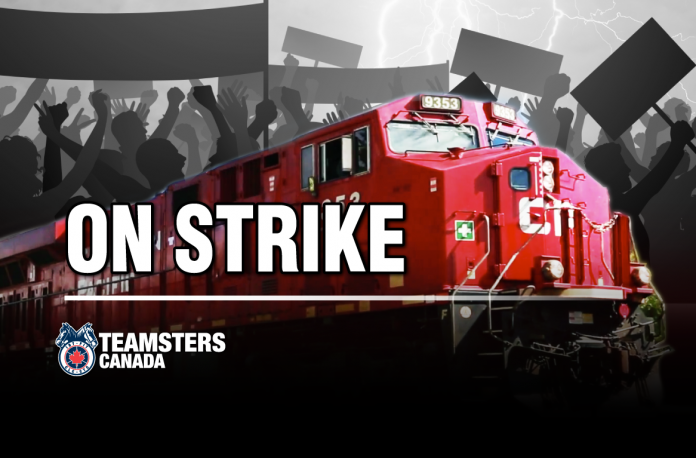 Calgary, May 29, 2018 – Over 3000 conductors and locomotive engineers at Canadian Pacific (CP) went on strike at 2200 ET tonight, despite the Teamsters Canada Rail Conference’s (TCRC) best efforts to reach a negotiated settlement.

Negotiations with the company are ongoing.

Teamsters are committed to working with federal mediators and reaching a negotiated settlement. The union is willing to remain at the bargaining table during the strike.