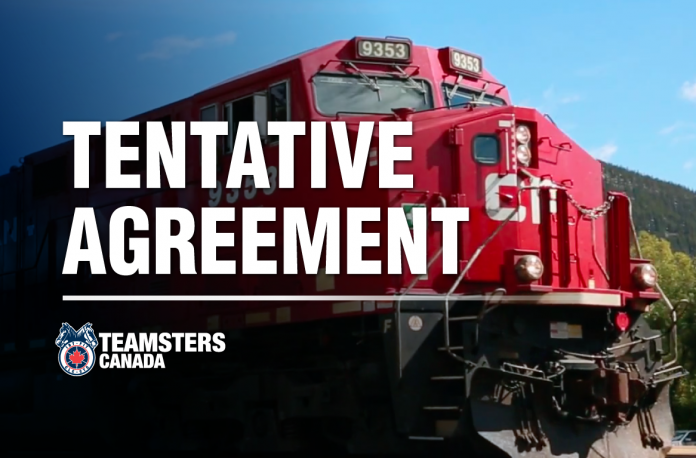 Full operations at CP and KVR will resume tomorrow at 0600 local time across Canada.

“We would like to thank our members for their incredible support throughout this process,” said Doug Finnson, President of the TCRC. “We believe this is a fair contract that our members can feel good about ratifying. I am personally very satisfied with what we have negotiated.”

The tentative agreement must now be ratified by TCRC members, a process which will take place over the coming months.

Details of the agreement are being withheld pending ratification. The union is in the process of communicating with its members, who will be receiving more information shortly.

Teamsters would like to thank the Federal Mediation and Conciliation Service (FMCS) and Labour Minister Patty Hajdu for helping parties find common ground, as well as Prime Minister Justin Trudeau for standing up for workers’ right to negotiate.

“Previous governments were all too eager to threaten back to work legislation, acting quickly on behalf of employers against workers and their unions,” said Doug Finnson. “We thank the government for proving that collective bargaining can work when it’s allowed to.”