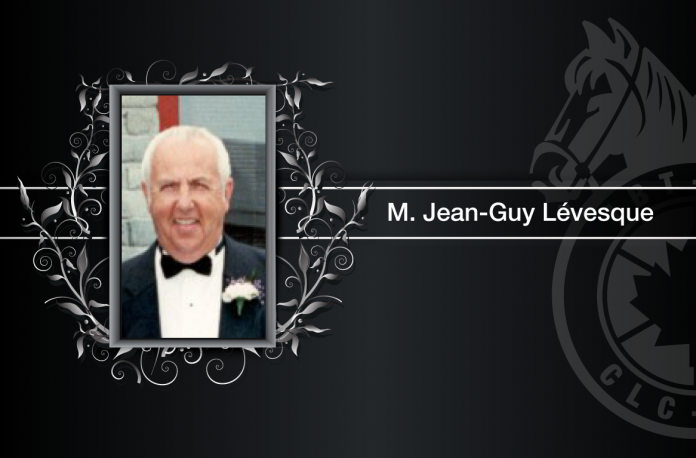 As some of you may already know, we recently learnt with great sadness of the death of Brother Jean-Guy Levesque, former president of Local Union 106 and happy Teamster retiree. He passed away on May 26, at the venerable age of 85.

He is survived by his wife, Denise Ouimet, his children Christiane (Michel Lemieux), Guy Levesque, Benoit, Marco (Silvana); his grandchildren Isabelle, Francis, Vincent, Maxime, Samuel; his great-grandchildren, his sister Monique, brothers and sisters-in-law, nieces and nephews, as well as other friends and family members.

The family will receive condolences on Saturday, June 9 at 10 am at the Église de Sainte-­Thérèse-D’Avila, located at 10 rue de l’Église in Sainte-­Thérèse. The funeral will follow at 11 am.

Donations can be made to the Pallia-Vie foundation for palliative care at http://pallia-vie.ca/faire-un-don/ or by mail at Fondation Pallia-Vie, 385 rue Lebeau, St-Jérôme (Québec) J7Y 2M8.

Our sincerest condolences go out to the family of Brother Jean-Guy Levesque.