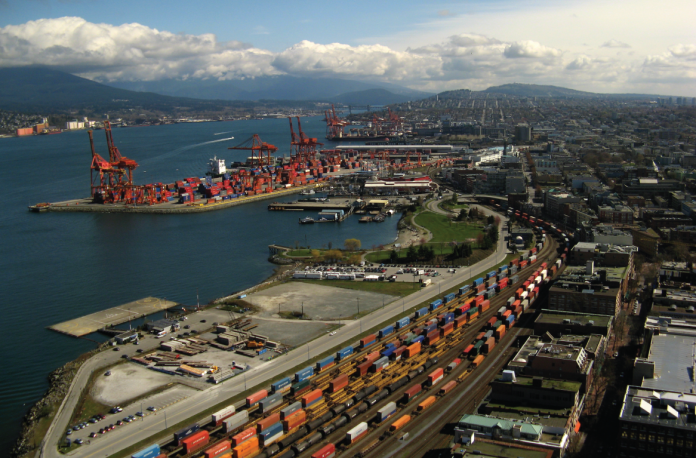 The 127 drivers at Simard Westlink perform work at all Ports in Metro Vancouver. In addition, it is now one of two Teamsters Local Union 31 trucking firms to haul containers to and from the Canadian Pacific Railway yards. Simard Westlink is a national company with terminals in Vancouver, Toronto and Montréal.

After receiving the labour board certification to represent, Local President Stan Hennessy assigned Business Representative Larry Sargeant to Chair negotiations, as well as Director of Organizing Ben Hennessy to co-Chair while Brother Joseph Chadirir was the Driver Member at the table.

During negotiations the bargaining committee was able to enhance working conditions by implementing a four year agreement with significant increases to all rates of pay, the 100% employer paid Teamsters National Health and Welfare Plan, job security language, improvements to vacation entitlements, the addition of statutory lieu days and more.

“This new agreement is significant for all drivers working at the port and railyards in Vancouver”, stated Local President Hennessy. “This contract says the Teamsters Union does the job right and Local Union 31 is extremely proud to welcome all the drivers and owner operators into the union.”

The success of the Simard Westlink organizing drive has spurred the organizing of an additional group of 14 port drivers at Dayal Transport Systems in Delta, BC.

“The bargaining committee wishes to express thanks to all our new Teamsters for their patience and support during the organizing and negotiating process,” said Business Representative Larry Sargeant. “Furthermore, we thank Local President Stan Hennessy for all of his guidance and advice.”

Interested in joining the Teamsters? Click here to have an organizer get in touch with you. All information is treated confidentially.

If you’re in the Vancouver area and want to organize your workplace, you can also reach out directly to Ben Hennessy, Director of Organizing for Local Union 31, at 604-527-2722 or bhennessy@teamsters31.ca