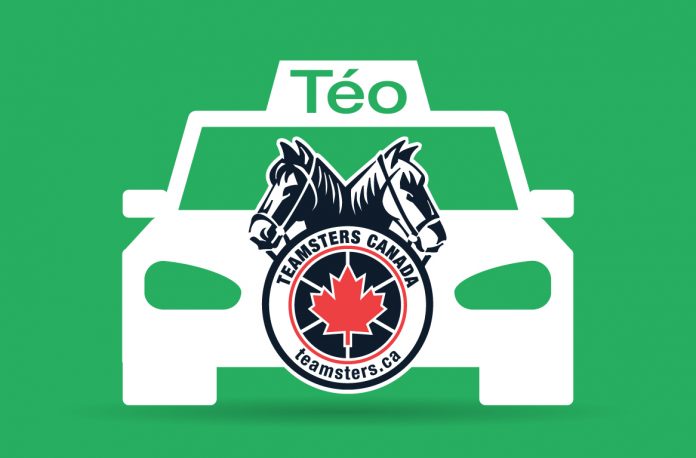 Laval, QC, October 15, 2018 – Some 400 workers at Téo taxi have chosen Teamsters Local 1999 to defend their interests. A request for union certification filed on July 31 this year was certified by the labour board this week.

The organizing campaign started when workers got in touch with the Teamsters to discuss issues with their current employer. Some workers complained about having been fired over engaging in union activities. Teamster lawyers filed complaints with the labour board before the workers were even unionized, and hearings are set for November.

“I would like to salute the courage of these drivers,” said Michel Héroux, president of Local Union 1999. “After standing by them every step of the way, I’m very happy to welcome them into the Teamster family.”

A representative from Local Union 1999 will once again consult members over the coming weeks before starting negotiations over a first collective agreement.

“People want to improve their working conditions while assuring a certain degree of stability in their lives and that’s what we intend to negotiate with Téo taxi management,” concluded the union leader.