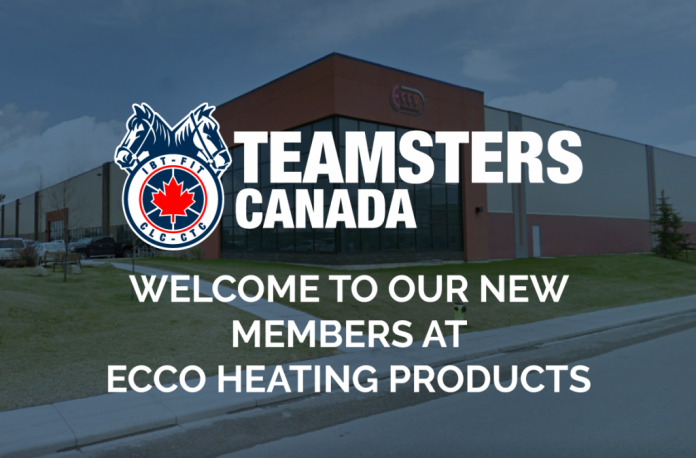 Earlier this month, close to 200 workers in Calgary voted overwhelmingly to join Teamsters Local Union 362. They are employed at Ecco Heating Products, which manufactures sheet metal for heating and HVAC systems.

Over 80% voted in favour of unionizing. Overall turnout was close to 90%, with approximately 150 of the 200 workers casting their secret ballots in the first 90 minutes after voting began.

A new manager, who made workers feel disrespected and overworked during his roughly six-month tenure, prompted the rush to join the union.

One major irritant was his policy of forcing workers to operate multiple machines at once, which was perceived as unsafe. Another was the way he bragged about the company breaking productivity records while refusing to offer wage increases to anyone.

The new manager also proceeded with lay offs, citing a lack of work, only to end up being short-staffed and having to force people to work overtime. Noticing his mistake, he decided to hire new workers instead of rehiring the people he laid off. This was perceived as a major offence by the tight-knit workforce; some individuals saw relatives who had spent years at the company replaced for no good reason.

After workers voted to unionize, the company fired the manager at the centre of the turmoil.

“Workers at Ecco Heating felt disrespected and were being treated like cheap, disposable labour,” said Lukas Eichel-Fominov, a business agent with Teamsters Local Union 362. “When they decided to stand up, unite and speak as one loud voice, the results were immediate.”

“Teamsters Local Union 362 would like to thank and congratulate all of those involved in the organizing process for their support, diligence and passion in regaining their voice within their workplace,” added Eichel-Fominov. “Welcome to the Teamster family!” 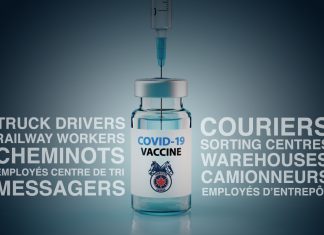