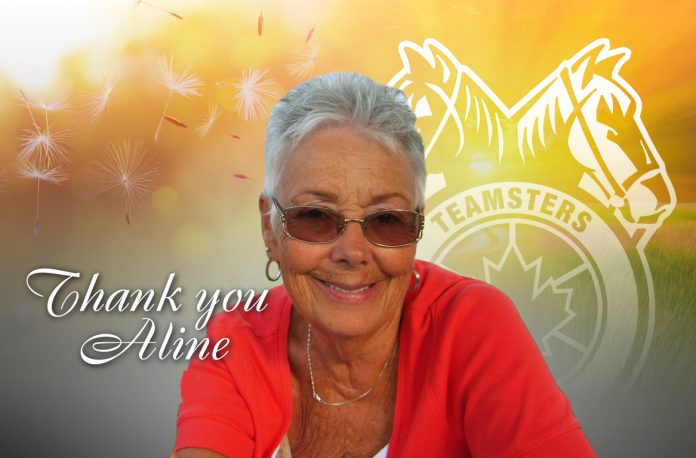 I was saddened to learn this week that Sister Aline Lachapelle, former president of Teamsters Local Union 1998, passed away. She was the first woman to become president of a Teamster local union in Canada.

I worked with Aline for several years starting in 1994. She and I worked closely together to convince workers at the Peerless clothing factory to join the Teamsters. I remember her as a woman devoted to the union cause and to the members she represented. Indeed, she was at the helm of her local union from 1998 to 2008.

Aline Lachapelle was respected by both management and employees at Peerless. Although she was discreet, Aline was able to defend her members with conviction.

Aline was a feminist who defended the importance of women in unions. She encouraged her sisters to become shop stewards and was very involved in the putting together the French language learning program at Peerless. She was also involved in the merger of her local with Teamsters Local Union 106. In short, Aline Lachapelle was a pioneer in many ways and we were lucky to have her as part of our big family.

On my own behalf and on behalf of the hundreds of workers she defended over the years, I would like to extend my condolences to her family and friends. Our thoughts are with them.

I am honored to have been able to work with her for all these years.

Thank you for everything, Aline!