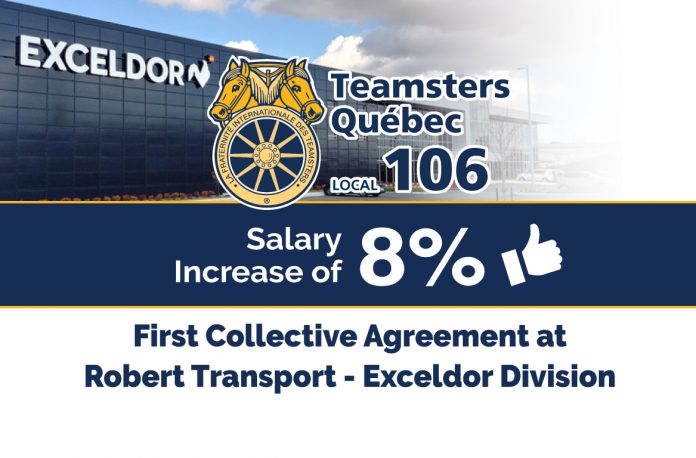 Laval, July 27, 2020 – Workers at the Robert Transport warehouse, Exceldor division in Beloeil, ratified their first collective agreement yesterday. The contract was ratified by nearly 90% of the company’s 30 or so employees.

Wage increases totalling 8% were obtained for 2 years and 7 months, in addition to 12 statutory holidays and two family days with cash value.

“Joining the most powerful union in North America has many advantages,” notes Teamsters Local Union 106 President Jean Chartrand. “One of them is being able to negotiate a good first work contract. »

“Congratulations to the bargaining committee and the members for their good work and solidarity.”