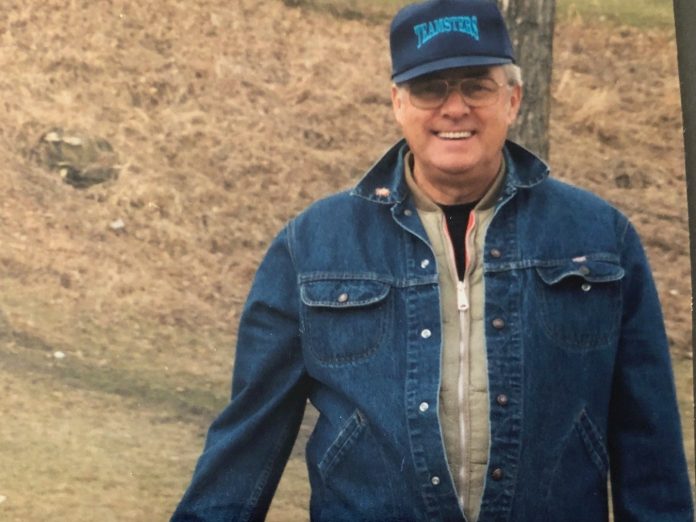 I am sad to report that Brother Jim Johnston, former secretary-treasurer of Teamsters Local Union 362 in Alberta, passed away earlier this summer on July 10. I had the pleasure and honour of working with him for several years.

Brother Johnston was a true Teamster. He was born in Ontario in 1932 and moved to Alberta in 1956, at the age of 24 along with his three brothers. He quickly found work as a driver for Prairie Pacific Trucking – and boy was a real trucker.

There were no jake brakes back then, and certainly no GPS or anything other than twin-stick transmission. Nor were trucks allowed on the highway on Sundays in Alberta. And to make things even harder, there were no direct, easy roads from Calgary to Vancouver. To make a delivery for Monday morning in Vancouver, Jim had to cross the border into the United States, make his way to Washington state and cross back into British Columbia.

He became a business agent for the union in 1974 after getting noticed as a shop steward for his skill at dealing with workplace issues. Lord have mercy on the companies that would do wrong by the employees represented by Jim – he would stop at nothing in his pursuit for justice and fairness for workers.

He gradually rose the ranks, being elected principal officer and secretary-treasurer of Teamsters Local Union 362, where I learned much from him. I will always be amazed at his skill as a negotiator. He treated negotiations with companies like a card game and would always be conniving or looking for angles to get the most for his members.

Before retiring in 1992, he had become president of Prairies Joint Council 90 and was a member of the Teamsters Canada Executive Board.

I will always remember him as a Teamster who always, without exception, put workers and his members first.

As per Brother Johnston’s wishes, there was no service. Those who wish to do so may express their condolences to the family on the online obituary, posted by the family.