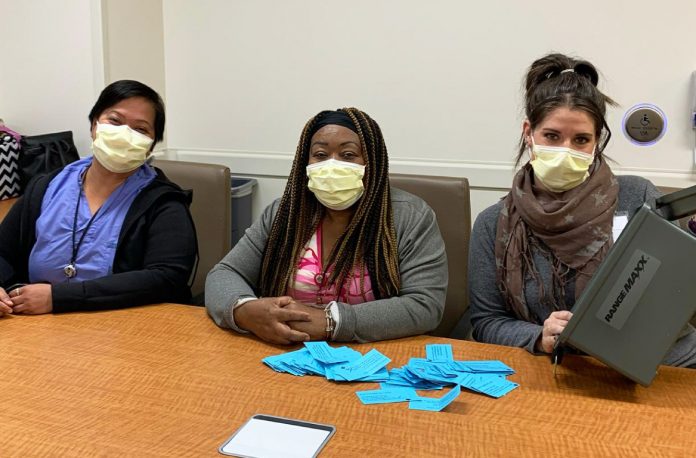 Toronto, October 30, 2020 – Earlier this month, over 700 hospital clerical workers voted by 96% to ratify a new collective agreement. The union bargaining committee was able to negotiate a 4.65% raise.

The clerical workers are members of Teamsters Local Union 419 and are employed at Brampton Civic Hospital, Etobicoke General Hospital, and Peel Memorial Hospital.

“I would like to congratulate these hospital workers, their bargaining committee and Teamsters Local Union 419 on negotiating a competitive raise. It’s always good to see healthcare workers get the respect and recognition they deserve,” said the national president of Teamsters Canada, François Laporte.

The union was also able to persuade the employer to conduct a job evaluation to ensure staff is being paid at least as much as other hospital workers in the Greater Toronto Area. The process, which must be completed by October 2021, has the potential to bring even further wage increases if any disparities are found.

Many of these clerical workers have been on the front lines of the pandemic, working inside COVID-19 hospital wards. Their tasks include arranging video calls with very sick patients and their families before they are put into an artificial coma and intubated, usually holding the tablets themselves because the patients are too weak to do so themselves.

“These clerical workers have an emotionally taxing job, and not just because they are exposing themselves to the infected. The calls our members facilitate often end up being the last time patients speak with their loved ones before being taken by the virus,” explained the president of Teamsters Local Union 419, Jason Sweet. “It’s a job that takes courage and fortitude.”

Are you a healthcare worker in the GTA? Contact info@teamsters419.ca for more information on how to join the Teamsters.