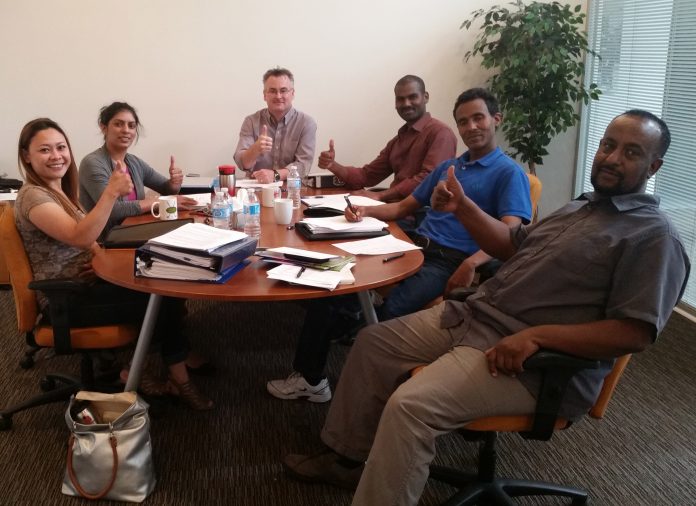 Edmonton, August 13 2015 – After a successful organizing campaign, workers at Aramark were able to ratify their first collective agreement on July 20th

This first collective agreement involves wage increases, and the employer committing itself to the protection of full-time hours.

These 85 members of Teamsters Local Union 987 said they were overloaded with work. The new collective agreement allows them to work closer with management to target and find solutions to daily problems.

“We needed to have a strong voice in our workplace,” said shop Stewart and bargaining committee member Lovely Forro. “With the Teamsters support and commitment we achieved what we set out to do.”

Besides the raise, achievements include employer match RRSP contributions, structured scheduling including guaranteed days of rest, and health and welfare benefit enhancements. The company also agreed to restrict the use of sub-contractors.

This is a big step forward which will allow Teamsters Local Union 987 to help other workers at aging in place facilities across Alberta.

“The gains we achieved will only be built upon in future collective agreements,” said Local 987 Secretary Treasurer David Froelich. “I’d also like to congratulate members of the negotiating team, as well as the business agents involved. Good job!”

Workers affected by this new collective agreement work at the Kensington and Millwoods campuses of the Shepard’s Care Foundation’s aging in place facilities.