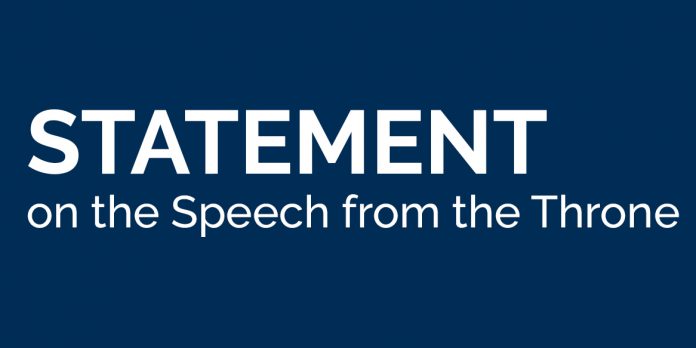 We’re pleased that the government remains committed to strengthening Employment Insurance and the Canada Pension Plan. These programs are important to our members and are crucial to those who may not benefit from stable jobs or good pensions.

Unfortunately, those stable jobs and good pensions are threatened by the laws passed by the previous government. C525 and C377 limit the labour movement’s ability to build up a stronger working class. The Liberal Party campaigned on repealing C525 and C377, and it must now act quickly to ensure unions can maximize their positive economic potential.

Likewise, the Liberal Party also campaigned on a promise to immediately reinstate the tax credit for labour-sponsored funds, such as the Fonds de solidarité FTQ. In many parts of the country, labour-sponsored funds serve as an important retirement savings vehicle. In Québec, they help our members and 650,000 other workers save for retirement while investing in Canada’s entrepreneurs.

On the world stage, I’d urge caution when negotiating additional trade agreements. The Trans-Pacific Partnership is still a major hot-potato which must be dealt with as transparently as possible. The dairy industry, in particular, must not be allowed to suffer because the previous government treated free trade like a sacred cow.

Finally, we applaud the government’s spirit of openness toward diverse perspectives and different opinions. Teamsters Canada is fully willing to provide advice and guidance in how best to help Canadians.