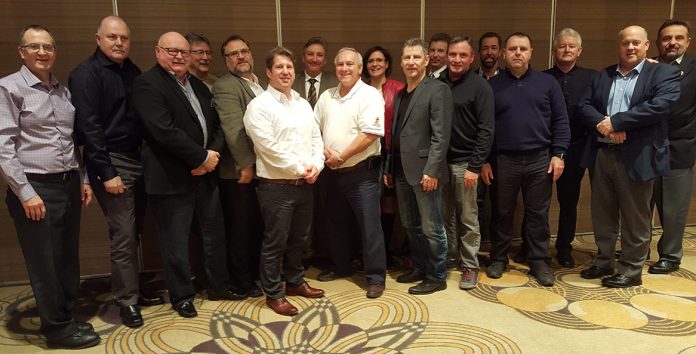 Teamsters Canada is one of the most active unions on Parliament Hill.

To make the most out of that for our members, François Laporte, the President of Teamsters Canada, gathered union representatives from across the country for an important meeting on legislative action.

The goal was to talk about the issues that our members face and to develop a new and comprehensive game plan to effectively lobby the federal government.

Topics discussed ranged from mental health in the workplace, safety in the rail industry, the impact of the Trans-Pacific Partnership (TPP) on workers and fatigue in the freight industry.

These meetings will happen regularly in order to gauge progress and adapt to the new sets of problems that our 120 000 members face daily.

To keep building up a better future for working men and women, Teamsters Canada will meet with as many elected officials as possible in 2016.