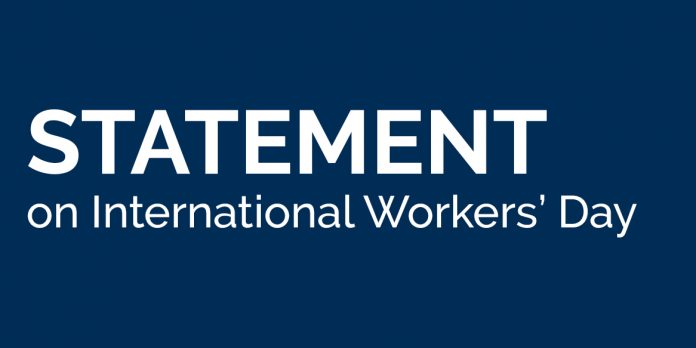 May 1 is an important date for the labour movement. It is the day we celebrate International Workers’ Day. This year, the Teamsters Union is continuing, together with other unions, its crusade against social inequality by lobbying for a $15 minimum wage.

In the U.S., California and New York have already legislated an increase of the minimum wage to $15. I believe it’s high time for Canada to do the same.

To those who claim that such an increase would send the price of goods and services through the roof, I would reply that this is a lazy argument since the growing poverty of low-income workers that has been going on for decades is not just unfair but plain immoral.

You don’t have to be an accountant to understand that the current minimum wage is not enough for anyone to live on. When buying fruits and vegetables becomes almost a luxury for thousands of single mothers and families, it doesn’t take long to realize that you need to raise the minimum wage.

An increase in these workers’ income – as modest as it may be – can only be a good thing as people will spend more, pay more taxes, save more, live longer and healthier lives, and donate more to charity. In short, we will all come out ahead, personally and collectively.

Another way to help low-wage earners is to set up a guaranteed minimum income. With this highly progressive measure, workers in low-wage jobs receive a base wage that is supplemented by sufficient income for them to live on.

While waiting for the government to give serious thought to this measure, as Finland has been doing, let us continue to build a fairer country by raising the minimum wage.