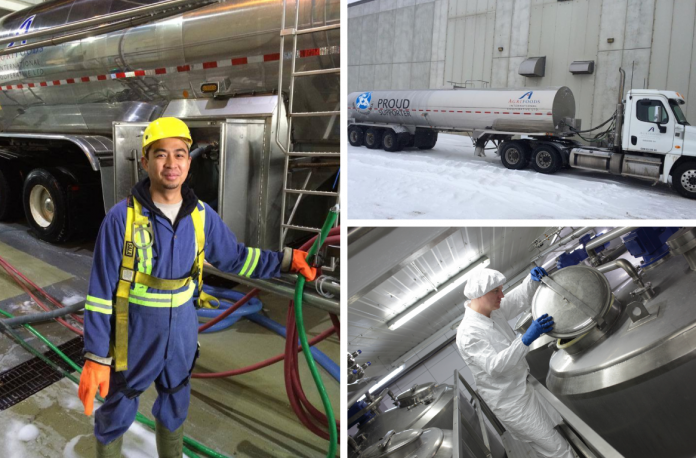 Laval, January 23, 2018 – The Teamsters Union is disappointed that the Government of Canada will sign the Trans-Pacific Partnership (TPP). The agreement, reached after two days of talks in Tokyo, was confirmed by an International Trade spokesperson and could be ratified in March.

Under the TPP, the federal government made concessions regarding access to Canada’s dairy market, which is bad news for the estimated that 221,000 Canadians who depend on the dairy industry for their livelihood. The Teamsters Union therefore asks Prime Minister Trudeau to compensate dairy workers, especially in the processing sector, who will be negatively impacted by the TPP.

Teamsters also view the TPP’s provisions on labour rights as inadequate, seeing as Canadian workers will now be competing with cheap labour in Pacific Rim countries like Malaysia and Vietnam, where working conditions are much lower than those in Canada.

“The TPP stands to hurt Canadian workers,” warns the president of Teamsters Canada, François Laporte. “The TPP is a race to bottom with respect to working conditions and environmental protection.”

This development caught the Teamsters Union by surprise and adds to Canadians’ distrust of trade agreements. The concerns expressed by unions and civil society organizations were not taken into consideration during these negotiations.

“The federal government seems focused on the interests of the middle class and the environment in its negotiations to renew NAFTA,” concludes Laporte. “With respect to the TPP, Canada has done the exact opposite.”

“We expected better from the Trudeau government.”