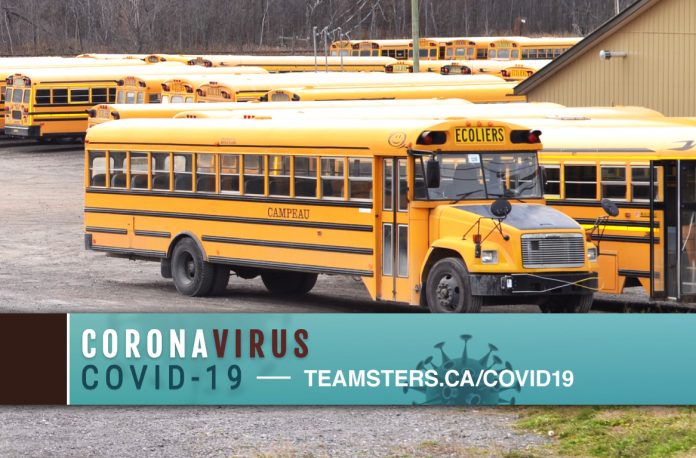 Montreal, May 8, 2020 – According to information obtained by the Teamsters Union, the Commission scolaire des Portages de l’Outaouais would refuse to allow the school bus carrier Autobus Campeau to equip its buses with a flexible protective partitions, as recommended by CNESST.

Moreover, sources told the Teamsters that all other school boards in the Outaouais region would have accepted the installation of this type of protection.

Autobus Campeau will provide school transportation for 340 students to this school board during the pandemic. There are also other companies transporting students for this same school board.

The Teamsters Union represents the interests of 100 drivers at Autobus Campeau; close to 25 are assigned to the roads of the Commission scolaire des Portages de L’Outaouais. In total, the Teamsters represent nearly 350 school bus drivers in the Outaouais region.

The Teamsters Union represents the interests of 125,000 members in Canada. They are affiliated with the International Brotherhood of Teamsters, which has a union membership of 1.4 million members in North America.