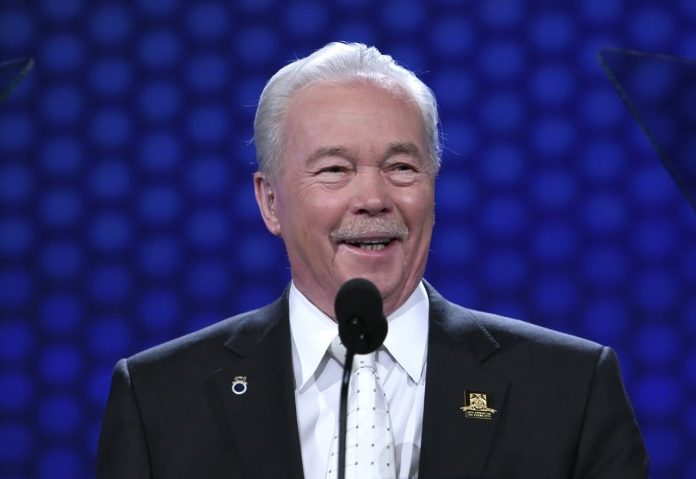 The national president of Teamsters Canada, François Laporte, is mourning the loss of Tom Keegel.

“Brother Keegel was a good man and a friend of Canada. I will remember him as someone with spectacular charisma, a distinguished five-decade career in service to our union, and one of the most well-liked general secretary-treasurers in the history of the Teamsters,” said Laporte.

C. Thomas “Tom” Keegel, General Secretary-Treasurer Emeritus of the International Brotherhood of Teamsters, passed away on Thursday, November 19, 2020 following a lengthy illness. Keegel served as the union’s general secretary-treasurer from 1999 until 2012.

“Tom Keegel was a great partner who exemplified what it means to be a Teamster,” said Jim Hoffa, Teamsters General President. “He is going to be dearly missed by all who knew him.”

Hoffa praised Keegel as a strong partner in their effort to rebuild the strength and power of the Teamsters. Together they rebuilt the finances of the union and established a dedicated strike fund.

As general secretary-treasurer, Keegel aimed to lift up his Teamster brothers and sisters through his work as their fiscal watchdog and the guardian of their hard-earned dues money.

When Keegel took office as General Secretary-Treasurer on March 19, 1999, he instituted sweeping reforms in every area of the union’s finances. He balanced the budget for the first time in more than a decade; hired skilled auditors and accountants; and, developed programs to extend these reforms to Teamster affiliates. He also instructed his auditors to help local unions make their books models of clarity and ethics.

Born on September 27, 1941, in Minneapolis, Keegel retired in 2012 after a 52-year career with the Teamsters Union. He started his Teamster career in 1959 as a driver for Steeling Cartage Co. and member of Local Union 544 in Minneapolis.

He moved up through the ranks of the Teamsters, from steward up to General Secretary-Treasurer. He served in several capacities in the union, including president of Joint Council 32 and Local 120, both in Minnesota.

“My heritage is in the labour movement. I remember how I became inspired,” Keegel said in 2012, detailing how his first co-workers were strong Teamsters who had fought in the famous Minneapolis Strike of 1934. “These men loved their union and taught me that the Teamsters never give up, Teamsters never give in or run from a fight.”

Keegel is survived by his wife Patricia and three daughters, Holly, Heather and Heidi and their families.