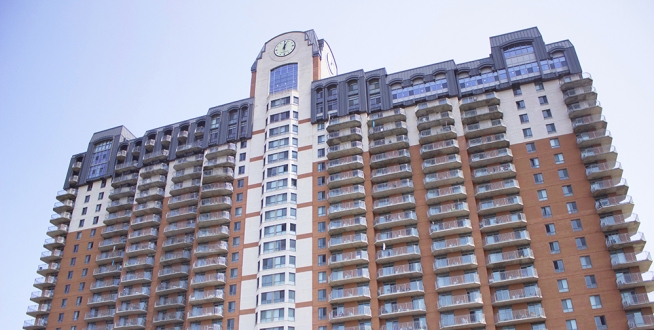 Laval, QC, March 9, 2021 – A floor in poor condition at a Résidence Soleil retirement home in Laval, QC caused a food aid to fall. The woman, a member of Teamsters Local Union 106, found herself on the floor, her face bloodied, and was rushed to the hospital.

The Résidences Soleil retirement homes are part of the Groupe Savoie. The unfortunate accident occurred at the Manoir Laval located on Boulevard de l’Avenir.

The worker, whose name was Micheline Lauzon, immediately noticed that something was wrong: she could no longer feel her arms and legs. Co-workers came to her aid a few moments after the fall.

The worker was then rushed to the hospital and underwent spinal surgery since all her limbs were paralyzed. She died on the night of March 7, almost two weeks after her work accident.

“I would like to extend my sympathies to her family, friends and co-workers,” said the national president of Teamsters Canada, François Laporte. “I find it appalling to know that an employee died from what appears to be a work-related accident. The problem with the floor had been reported to management on several occasions.”

The fall occurred in a large commercial refrigerator at Manoir Laval, where perishable foodstuffs are stored in order to feed residents.

The worker first went into the refrigerator to put some food in it. The floor had been damaged for several months, and only a makeshift repair was ever done to prevent falls. That repair consisted of placing a metal plate over the damaged portion of the floor. However, one of the metal plate’s corners bent back over time. It appears that the entire floor covering, which had become uneven over time, should have been completely redone.

All the ingredients for a workplace accident were in place.

“We believe that this fall was preventable,” said the president of Teamsters Local Union 106, Jean Chartrand. “Mrs. Lauzon was a loyal and dedicated worker, appreciated by her co-workers and residents alike. Her death sent shock waves through the Manoir Laval.”

A complaint to the provincial body in charge of workplace safety, the CNESST. But now, the question everyone is asking is this: did employer negligence kill Micheline Lauzon?